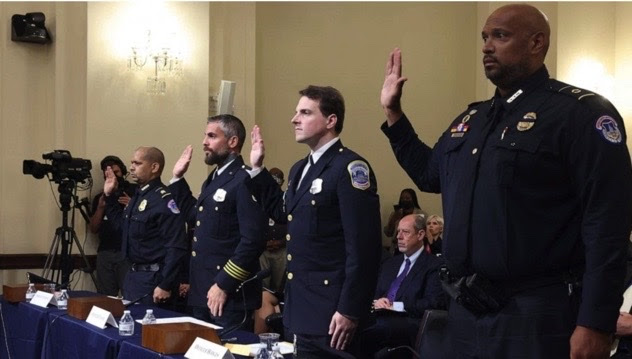 On the local election front, we currently have seven contenders for the Democratic nomination for US Senate, a number that is bound to grow. Here’s the Journal Sentinel’s introduction to those who have announced so far. As the year advances, Grassroots North Shore plans to hold at least one and probably more events to introduce candidates and to give each serious contender a chance to highlight his or her campaign message. So keep an eye peeled for those events, starting next year.

We know you know that, but we need your help making sure everyone does. As one of Swing Left’s most engaged members, will you watch the Winning Is Everything video and share it with your network?

I’m Aftyn, an organizer for Indivisible, and I want to talk to you about what happened in the South this week, and how. I organize in two of the reddest states in the country: Kentucky and Tennessee.

Election night 2018 was rough. As we watched the Blue Wave sweep across the country, it became clear that it had missed us: we elected the same (and more) Trump-loving Republicans up and down the ballot.

It would have been easy for Indivisibles to give up, throw up their hands and say “we’ll never win.” But that’s not what happened. Instead, groups across the South mobilized and built out a MASSIVE year-round voter contact program statewide for 2019.

I’m not just talking about in the cities: one of our group leaders in Appalachia was out knocking doors three days a week, every week, dogged in her attempt to identify every undecided voter in her county. In Boyle County, Kentucky (where Trump won with 62.1% of the vote), Indivisible Danville wrote postcards, registered voters, and canvassed for months prior to the election: Bevin only won by 4 votes.

All of that work was a testament to the fierce tenacity of group leaders who showed up day in and day out, no matter the literal weather or the political climate.

And in the end? Well, the results were mixed. We won the top of the ticket, and that’s incredible. Kicking Bevin out of the Governor’s mansion is huge. These results are proof that when on-the-ground grassroots effort meets an unpopular and unprincipled incumbent (sounds like another Kentucky official we know), well, anything can happen. Down ballot though, we didn’t win a single race. After all the work, we still came up short.

But there’s another way we won: Off-year elections like this are used as a testing ground for messaging and tactics ahead of presidential years. Like 2018, Republicans again prioritized a pro-Trump, anti-immigrant, and anti-choice message. The result we earned at the top of the ballot in Kentucky and throughout Virginia show us that theirs is a losing approach.

On Tuesday night, I was at the big election watch party with two Indivisible group leaders. Late in the night, after we were sure we’d won in the Governor’s race and lost the others, one of them turned to me with a wicked little gleam in her eye. “Well,” she said. “We’ve gotta start canvassing.”

One of the questions I get asked most often as an organizer in Kentucky is how on earth are we going to defeat Mitch McConnell. And honestly, the answer is the same as it would be to defeat any regressive incumbent.

If we’re going to ditch Mitch McConnell — or win ANY race — it’s going to take everyone and their second cousin. We’ve all gotta start canvassing.

A few years can’t undo centuries of racism, classism and sexism. It will take more years of dedicated, hyperlocal efforts to make progress, which is why we need to start now. We need people on the ground knocking doors year-round. We need to mobilize the cities and make incremental (or major!) gains in the suburbs and rural areas. We need to pick a nominee who can inspire voters. We need donors who can fund phonebanking and canvassing tools. And we need to start organizing now.

The up-ballot wins in Kentucky this week should be an inspiration. And the down-ballot losses should be a call to arms. It’s time to roll up our sleeves and get back to work.

PS — I also want to give a major shout out to the groups and sister organizations in Virginia and in other states across the country where we had major wins last week! You’ll be hearing more from our teams in other states soon, but I couldn’t let this email go by without giving them huge claps. 😀

Thanks to the North Shore Dems for sharing this contact list for presidential campaigns. Get in touch if you want to get involved.

In the end, we have to pull together. Or we will be pulled apart. As the 2020 elections begin to take shape, the following set of guidelines, contributed by Tobin Fraley, are useful to insure the majority of Americans pull together to get us over the finish line so we may begin to repair the carnage that is now our American democracy.

“You can’t tell the players without a scorecard.”

As we head into 2020, we have a historically strong and diverse Democratic field. We have candidates who are unafraid to take bold positions on unrigging our democracy, creating a people-first immigration policy, and leaning into ambitious plans to address climate change. And we have candidates from a wide range of backgrounds: current US Senators, mayors of large and small cities, and two former members of the Obama administration. For the first time in our country’s history, we have a field that includes Latino, Black, white and AAPI candidates; gay and straight candidates; and working class candidates who are rejecting corporate PAC money.

We know the stakes are high. But we think concerns about “electability” are a self-fulfilling prophecy. So we’re focused on engaging with 2020 candidates on their own merits: finding candidates who have a good plan on the issues that matter to us, and are able to tell a compelling story about their candidacy and motivate the broad multiracial coalition we need to build to win in 2020.

If you’re hosting a debate watch party, print one or two copies of the Candidates section for the whole party. This section is a reference, if you find yourself wondering who some of the candidates on the stage are.

Print individual copies of the workbook section for everyone at your party to fill out. Print double-sided if you can!

The Bob Morgan for State Representative campaign is hiring fall interns for the final stretch of the campaign! The internship will focus on direct voter contact (canvassing, phone banking, events) but also provides an opportunity to learn more about communications, finance, and operations on a local race. The schedule is completely amenable to the student’s schedule and requires a minimum commitment of 2 days per week. This is an unpaid internship but would be available for credit.

Please encourage those interested students to fill out this form: https://docs.google.com/forms/d/e/1FAIpQLSdE1pSljkZGMedAXdMK9kbAAItFaewgcBaWa-QCbEQ1AUaz6A/viewform

Before I threw my energy into almost a year of knocking on stranger’s door in unfamiliar neighborhoods, I needed to be convinced that canvassing was an effective way to increase voter turnout. As a political neophyte, I was cynical about simply accepting axioms about what worked as inherited fact. So I conducted my own research.

What I discovered was as much startling as it was unsurprising. Unsurprisingly, people respond to people. And face-to-face meetings are the most effective motivators. But astonishingly, these personal meetings, howsoever brief, can drive the outcome.

You want data to prove this? I’ve got it. But I’m not going down that rabbit hole because I’ll lose you in the wonky detail. What I will share is this from the Fund for the Public Interest, “By far the most effective way to turn out voters is with high-quality, face-to-face conversations that urge them to vote. How do we know? Nearly two decades of rigorous randomized experiments have proven it.”

In years before, invested constituencies from labor unions, churches & synagogues and other civic organizations could staff canvassing projects. But membership in these community-based groups has flagged. And, with more money than ever in politics, the prevailing view is that voter attention can be purchased with media coverage. So the personal ground game has succumbed to impersonal digital, audio and visual assaults. But it is not as effective.

Raising a field army of grassroots volunteers is the new resource. That’s what we’re doing.

To join our canvassing effort complete the contact form or email canvass@northshoreindivisible.com

Democrat Brad Schneider is the Congressional Representative in Illinois 10th District, and that doesn’t sit well with the National Republican Congressional Committee (NRCC).

Our collective actions send a clear message to our elected officials. Be part of that action.